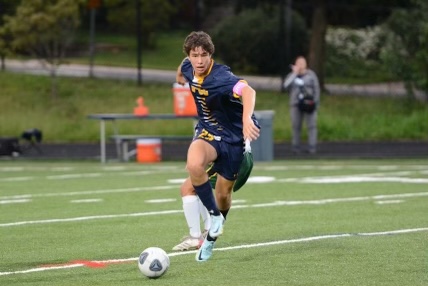 After four devoted and driven years as a captain, player, and team member, Jonathan Mao is taking on his last season on B-CC Boys’ Soccer. He hopes to truly bring the team together this year and end his senior year with a bang. It all started for Mao in elementary school after a close friend moved to London to play for a professional academy. This sparked his interest in the sport and led him to join a team that same year. As he began to play and grow his skills, he fell more and more in love with the sport. Diving into this year’s season, Jonathan came prepared and ready to bring his skills to a new level after he spent his summer training three times a day. This year he has captained the squad into a strong season and has been holding down a stellar defense. Though he is not currently looking to commit and play for a collegiate team, he hopes he can continue to play the sport for years to come.