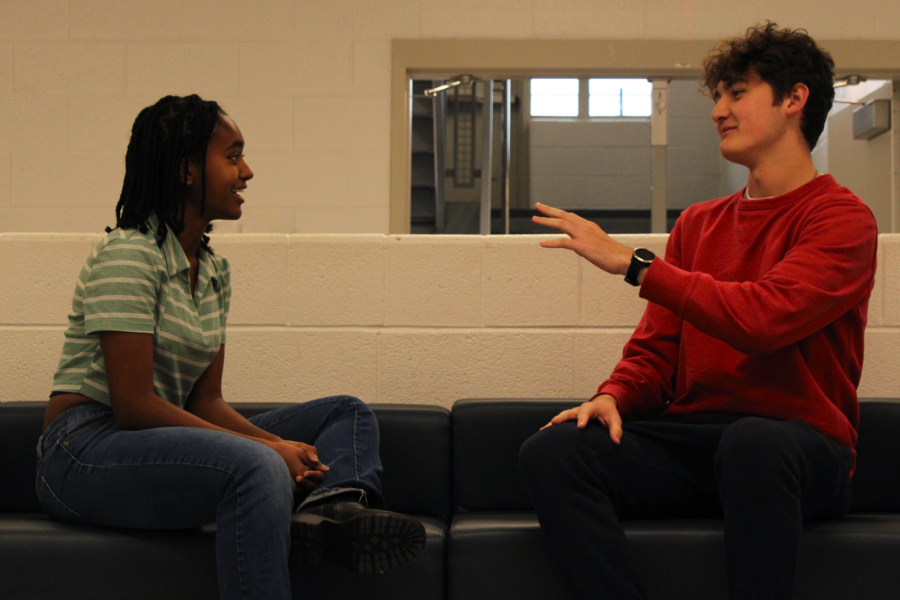 Obse and Clay in conversation

Should SRO’s be reinstated?

Letter to My Pro-SRO Classmate

While I share your goal for school safety, I do not believe school resource officers (SROs) are the answer. Do you remember the trial following the Parkland shooting? No, not the one of Nicolas Cruz, the individual who committed the attack. I’m talking about Scot Peterson, the SRO on campus during the shooting.

Attorneys debated whether Peterson’s failure to act during the crisis warranted legal punishment. Peterson wasn’t a “caregiver” so he can’t be held responsible for not acting. Peterson “didn’t know where the shooter was.” Peterson isn’t being charged for “intentionally [acting] in bad faith.” The fact remains that Peterson, who was armed, didn’t subdue the shooter. Furthermore, according to the December 12, 2018 ruling by Federal Judge Beth Bloom, he wasn’t obligated to. It was found that neither the Constitution nor state laws assign police the duty of protecting individuals from harm.

The Uvalde shooting was worse. As elementary school students were murdered, 376 law enforcement officers waited over an hour before entering the building. If the advertised role of SROs, who are extensions of law enforcement, is to protect schools, and they have consistently failed to do so, what is the purpose of SROs?

At best, I think SROs inspire an uncomfortable atmosphere for students who are economically, racially, socially, or religiously marginalized. In the 2018-2019 school year alone, 45% of school-based arrests in MCPS were of Black students, despite Black students representing only 22% of the MCPS student population. Over 79% of the arrests were of students of color.

Countless studies have proven that this disproportionate data stems from the implicit bias and violence of SROs, and MCPS certainly has a history of this. Take, for instance, the decision of Officer Mauricio Veiga, an SRO and veteran of the Montgomery County Police Department, to body-slam a student during Sherwood High School’s 2016 prom. Students like me cannot change the fact that we are seen as Black first, students second. Problems first, victims never.

It doesn’t end at race. 2018-2019 data conveyed that disabled students with individualized education programs (IEPs) constituted 25% of school-based arrests in MCPS, despite comprising only 12% of the MCPS student population. In many of these arrests, SROs didn’t de-escalate the situation or adhere to the legal rights afforded to these students.

SRO training only exacerbates these issues. The 2014–2017 “Countering Violent Extremism” (CVE) program used SROs to target Muslim youth in MCPS by including “prevalent poverty” and “high unemployment rates” as criteria from which future terrorist activity could be predicted. SROs referred “at risk” students and families to “counseling sessions” where they were interrogated about their religious beliefs and political views, violating their civil rights and perpetuating Islamophobia.

Such encounters with SROs traumatize both the student being mistreated and their peers, who can’t take their eyes off the scene unfolding in front of them. They too begin to feel a heightened sense of fear at school, knowing they could be the next student on the receiving end of an SRO’s brutality.

This can not be reduced to “yes SROs” or “no SROs” because it is far too complex for that. Our school is far too diverse for that, and the nuanced intersections of students’ identities are far too vulnerable to the threat of SROs for anyone to simplify this.

Letter to My Anti-SRO Classmate

The recent lockdown has made me concerned for the collective safety–you, me, and all of my friends, known and unknown. It feels as if a cloud of violence perpetually hangs over our schools.

With assaults rising 20% countywide in the previous year, it’s not surprising that our schools have become more violent. There were stabbings at Clarksburg and Churchill, a shooting in a bathroom at Magruder, and a plethora of fights at schools all over the county.

In a lengthy and divisive campaign, Montgomery County Councilmember Will Jawando abolished Student Resource Officers (SROs) in all Montgomery County Public Schools at the start of the 2021-22 school year. While a plan to reinstall armed SROs in our public schools would likely be met with criticism, the program remains the best option for reducing violence and ensuring peace of mind for parents and students alike. School is supposed to be a place where students can learn without the fear of violence. Sadly, it has become a place where lockdowns loom over our heads.

SROs are a crucial law enforcement tool that the school in Uvalde lacked. It took over an hour for law enforcement officers to enter the building when an SRO would have already been inside the building, ready to address the threat with specialized training and personal knowledge of the school. Jawando and his supporters emphasize mental health as the cause of rising violence in our public schools but fail to realize that poor school safety contributes to a culture of palpable tension and fear.

Conversely, research suggests that SROs are beneficial in reducing suspensions, arrests for assaults and weapons charges, disciplinary actions, serious school violence, and crime in the areas surrounding schools. Beyond the clear-cut statistical benefits that SROs provide, they contribute to a culture of safety and security that enables students to focus on learning.

The SRO force has a complicated relationship with the communities they work in, but many serve their communities with distinction. The SRO program provides specialized training focusing on implicit bias, disability and diversity awareness, de-escalation, and other school-specific topics.

Some are uncomfortable with the idea of having law enforcement in our schools, expressing the desire that school administration adjudicates all disputes on school grounds. The SRO program was not created to prosecute students for offenses that fall within the purview of school administrators. Instead, the program was designed to keep students and teachers safe in situations requiring police intervention.

Redefining the role of an SRO and equipping them with the proper tools to make our schools safe is a conversation separate from debating whether to eliminate them altogether. There are substantial improvements to be made, and the discussion on how to best welcome law enforcement officers back into our schools is one I’d like to see every voice participate in.